What Is Dermarolling And Does It Hurt? 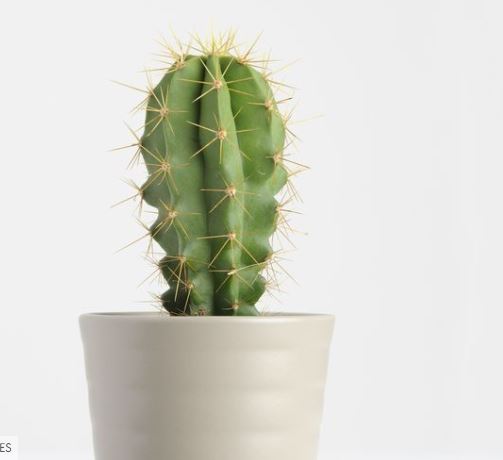 Remember the Vampire Facial? In 2014, Kim Kardashian fascinated (and horrified) the world when she posted a selfie with her own blood slathered all over her face. A Dermapen, which contained nine acupuncture-sized needles, was used to inject her face with her own blood. It’s a method known as microneedling—the idea is to stimulate collagen and elastin fibers to make skin smoother. While the procedure is still done today, less extreme and less painful DIY-friendly variations of the process have since emerged.

Enter dermarollers. Dermarolling, a form of microneedling, involves using a mini wheel covered with hundreds of tiny needles to gently prick the face. They look like mini torture devices but, trust us, work miracles for clearing acne scars, fading fine lines, and evening out skin tone—when they are used properly, that is. We spoke to two estheticians—Maria Angelica of the Cane + Austin Medi Spa and Kristyn Smith of Smith & Brit Boutique and Spa—to break down everything you need to know about this tool, ahead.

“A dermaroller is an instrument that creates micro pathways in the skin for product to better penetrate,” Smith explained, referring to dermarollers with a 0.1 to 0.2mm needle size. Those tiny needles, she said, “wouldn’t necessarily be for collagen synthesis. It’s a great way to get your products to absorb and penetrate the skin.” Smith suggested the Environ Cosmetic Gold Roll-CIT.

When the needle is larger, like 0.5mm, that’s when you’re getting into “wound healing stimulation,” Angelica said, “A dermaroller creates tiny pricks around the skin and gives enough space in between so the wound healing response takes over. You grow new skin.” That, in turn, leads to a smoother, more even, and plumper complexion.

Who is dermarolling best for?

“Anyone could use it: Someone that has acne scarring, someone with larger pores, someone who just wants a skin-tightening boost,” she said, “It depends on the needle length.” For scarring, you’ll want a thicker and deeper needle. To refine pores, you’ll need thin, short needles.

Smith warned that there are some folks who should steer clear of dermarolling, including anyone with eczema, psoriasis, and warts (which are prone to spreading, so rolling all over your face isn’t ideal). For anyone with acne, you shouldn’t roll over cystic skin or an open wound from a zit because it’ll spread bacteria all over the face.

Another thing to be cautious of? Retinol. “You wouldn’t want to introduce that and dermarolling all at once because you’ll have a really intense reaction,” Smith said. Angelica warned that you should stop using retinol four to five days before rolling.

What kind of preparation do you need to do?

Since you may draw blood, cleanliness is key. The skin has to be completely clean of oils and dirt. “Cleanse preferably with a foaming cleanser, [and] use a toner to balance the PH,” Angelica suggested. Smith said to treat the skin with an antiseptic cleanser before pricking.

As for the dermaroller itself, it needs to be put down on a clean surface, so lay out a paper towel. If you’re going to reuse your tool, make sure to clean it with CaviCide or Barbicide, Angelica said. She’s also a fan of being extra cautious and tossing out the dermaroller

Smith added, “You want to make sure you’re soaking your roller in an alcohol-based soak and you should clean it once a week. I have a gold-plated roller that’s going to last you a long time versus the plastic handles that are going to last you about six months.”

How do you actually use the dermaroller?

“You want to go in a system where you’re going horizontally and you’re creating these little channels,” Smith said. Roll horizontally over the forehead, cheeks, chin back and forth. Then, go vertically on the forehead up and down up to three times. Finally, go diagonally across the face. Angelica’s suggested technique is to always move from the center outward through the face. On the nose, you work downward.

“If you have a nice, low vitamin C serum that’s going to stimulate the skin, that would be idea,” Angelica added. It’s also best to reserve dermarolling for your nighttime routine so you’re not exposed to the sun when you’re more susceptible to damage.

“The larger the needle you introduce, the more painful it’s going to be,” Smith said, “You don’t want to press into your skin. You want to have a light hand. You want to feel it but not to the point where it’s uncomfortable. It’s not the best thing you’ve ever felt but it shouldn’t hurt.”

Angelica was more blunt. “It does hurt. If you have a low pain tolerance it’s probably better for you to go to a professional,” she said. “You want to create an inflammation response because that’s what’s going to promote the healing. Don’t take any aspirin. Don’t take any blood thinners.”

When will you see results?

“With the roller, it’s subtle but I do feel like after using it, [I see results] pretty immediately,” Smith said. She suggested starting with dermarolling once a week to build tolerance up to twice or three times a week (the smaller the needle, the more frequently you can do it). “When you get to three nights a week you should definitely see a change in the skin. Lines that were more pronounced aren’t there anymore.”

Angelica agreed with starting dermarolling once a week. “Collagen takes a good two months to grow, so within a month you should start to see really nice results,” she said.

My dearest, Would you try dermarolling?

Since its establishment, our factory has been developing first world class products with adhering the principle
of quality first. Our products have gained excellent reputation in the industry and valuabletrusty among new and old customers..